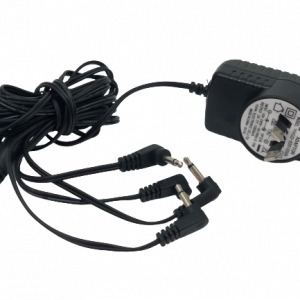 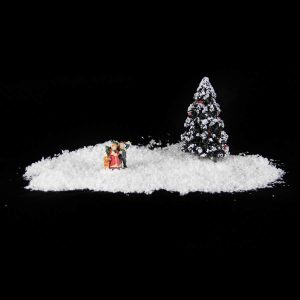 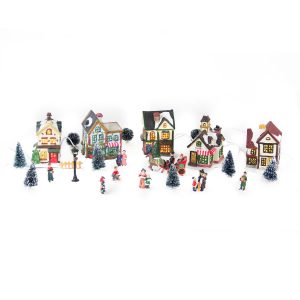 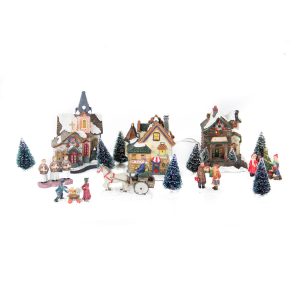 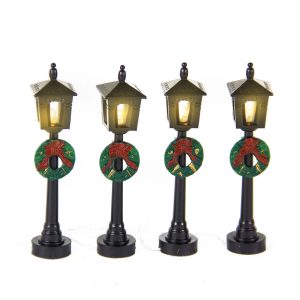 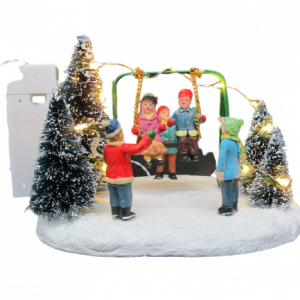 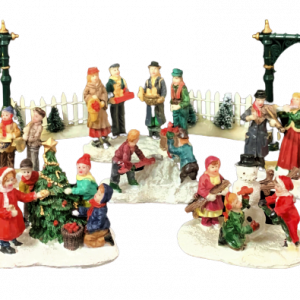 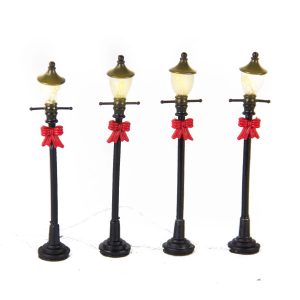 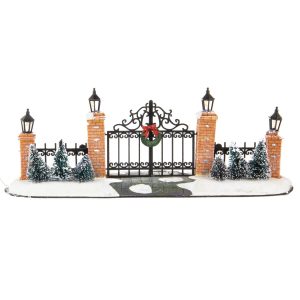 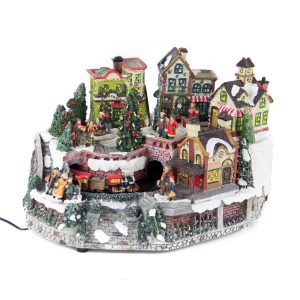 A Christmas village is a small-scale village set up during the holiday season on a mantle, shelf, or table, or around the base of a Christmas tree. Villages may be elaborate or simple; each one is unique and reflects the taste of the homeowners.  There are several companies that make pieces and accessories for your Christmas village display; as long as the scale is the same, you can mix and match any variety of brands and styles.

The tradition started in early-colonial American Pennsylvania Dutch homes, and the practice gained popularity and spread throughout North America and then to other countries. Early displays were called “putz” which means “to decorate” or “to clean.” These early scenes were based on nativity scenes and grew to be quite elaborate, with sawdust or dirt to represent roads; sticks and branches to represent trees; and fresh moss or stones. Hand-carved wooden figures represented the buildings and people.

By the early 1800s, other scenes from the Bible (like that of Noah’s Ark) were on display. These could include hundreds of little animals surrounding the ark. By the mid-1800s, secular displays began to appear in homes; these scenes were in addition to bible themes. Often, homes would have multiple and separate themes would exist. Many families would spend more time decorating and arranging villages than they did on their Christmas tree.

After WWII, companies began mass-producing village pieces from cardboard or paper. These evolved into ceramic or porcelain pieces in the 1970s. Companies like Department 56 and Lemax are well-known for their pieces, in particular.

If you’re just starting out with your Christmas village, or wish to add one or several pieces to your existing village, then you’ve come to the right place. Christmas Kingdom has hundreds of village buildings and accessories that will make your village the talk of the town! Among these are the Flying Santa LED display, the Carousel Roof Village, and the Town House LED.  We have light accessories, display material, accessories, adapters, facades, figurines, trees, and light systems for all your display needs.  You’re sure to find exactly what you need here.